Hawaii’s only AAA Five Diamond and Forbes 5 Star restaurant, La Mer is regarded as one of the most prestigious fine dining restaurants on Oahu, with ocean views capturing the romance and elegance of Halekulani.

La Mer blends exceptional service with exquisite cuisine, all with spectacular views of the Pacific.  Tranquil, graceful and refined, La Mer epitomizes superlative fine dining, and is Honolulu’s most sought-after restaurant. For the past 30 years, La Mer has been celebrated as Hawaii’s longest, consecutively ranked AAA Five-Diamond Restaurant.  The award-winning extensive wine selection complements the cuisine for an unforgettable dining experience. 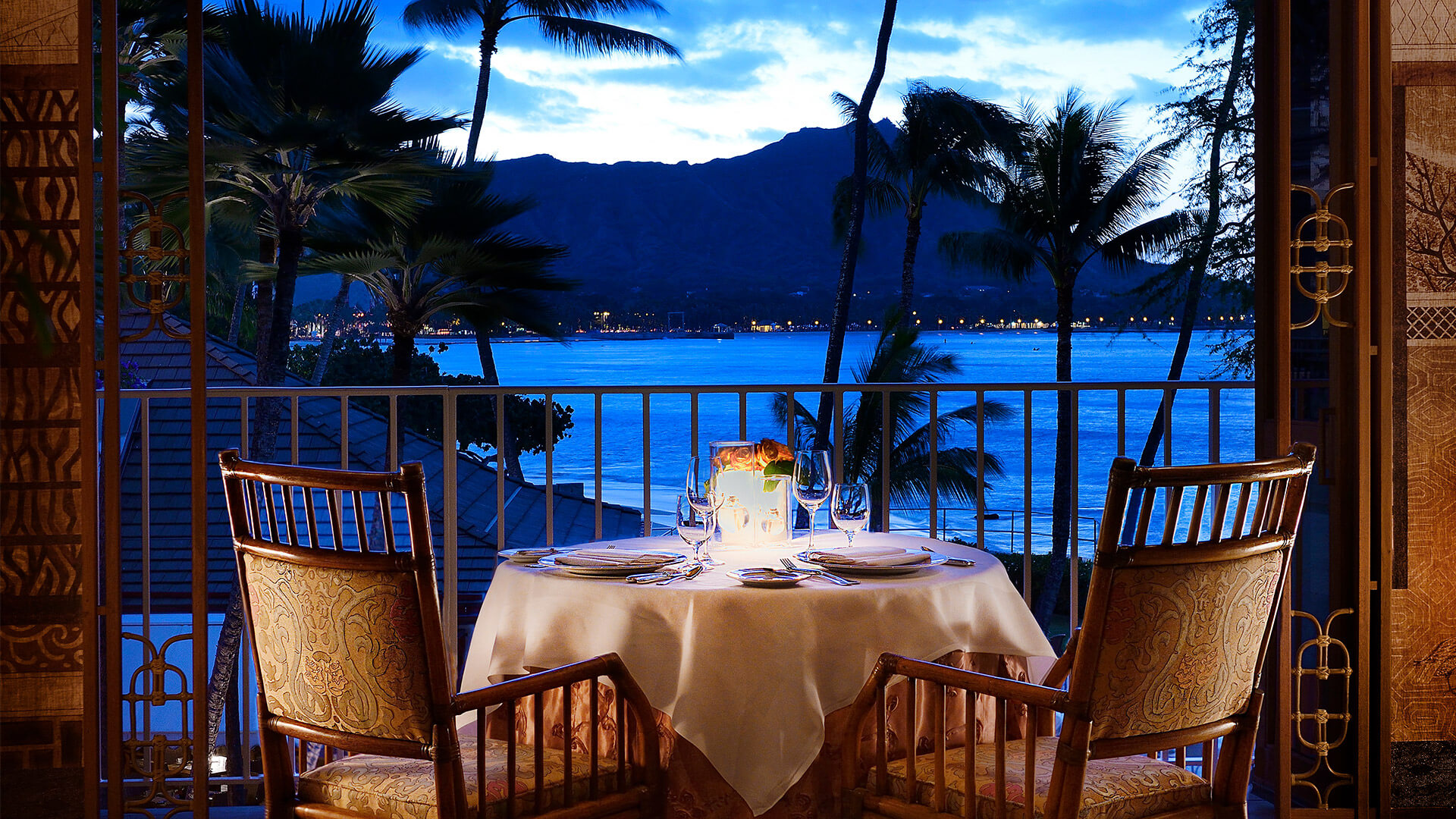 As an elegant fine dining restaurant, La Mer restricts patrons to adults and children 8 years of age and older.

L’Aperitif at La Mer is recognized as the most elegant and sophisticated bar/lounge in Honolulu. Legendary Ritz Hemingway Head Bartender Colin Peter Field oversees an astonishingly innovative and rarified beverage program as Halekulani’s curator of beverage arts in residence. 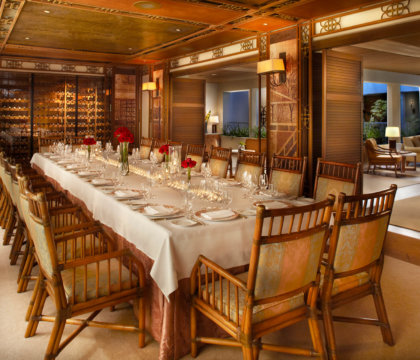 ELEGANT DINING FOR UP TO 22 GUESTS

Salon du Vin is located near our acclaimed wine collection. A prix-fixe menu is recommended for larger groups. Contact us for special requests and large parties. 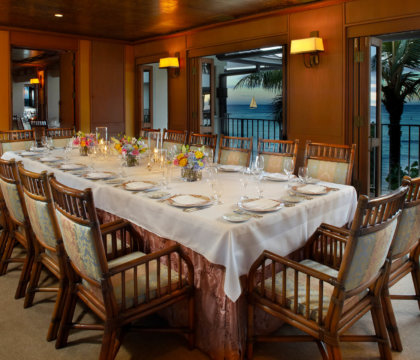 ELEGANT DINING FOR UP TO 16 GUESTS

Our private dining room facing the ocean. Contact us for special requests and large parties. 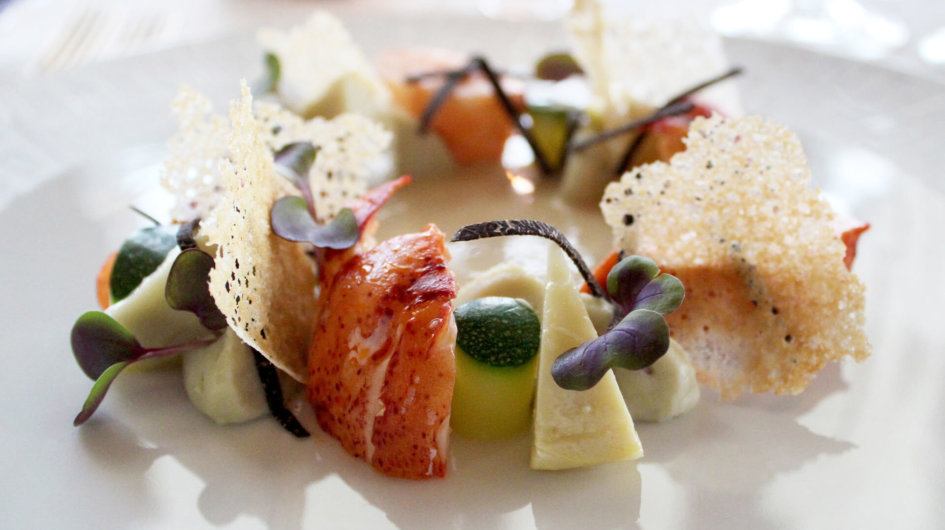 Prepared with love and locally inspired

La Mer’s internationally acclaimed menu features local and tropical ingredients in dishes inspired by flavors from the south of France.

Ingredients used at La Mer are sourced from across the Hawaiian Islands and are enhanced with unique, signature flavors. 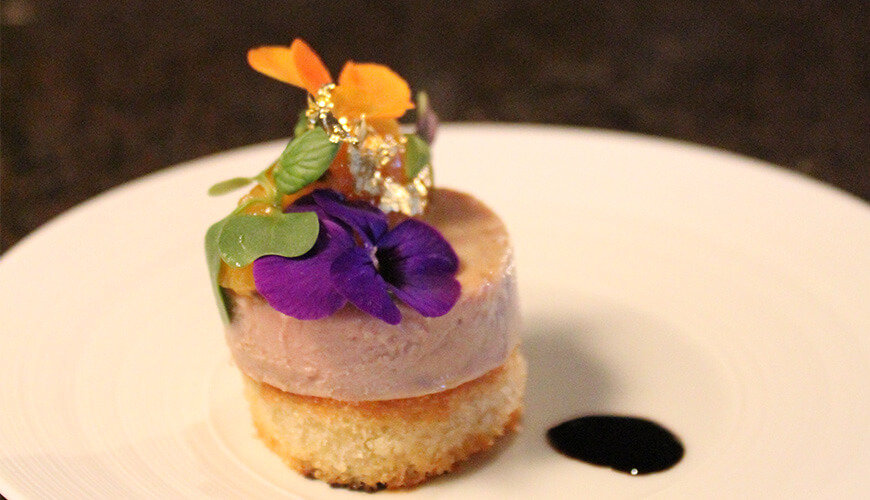 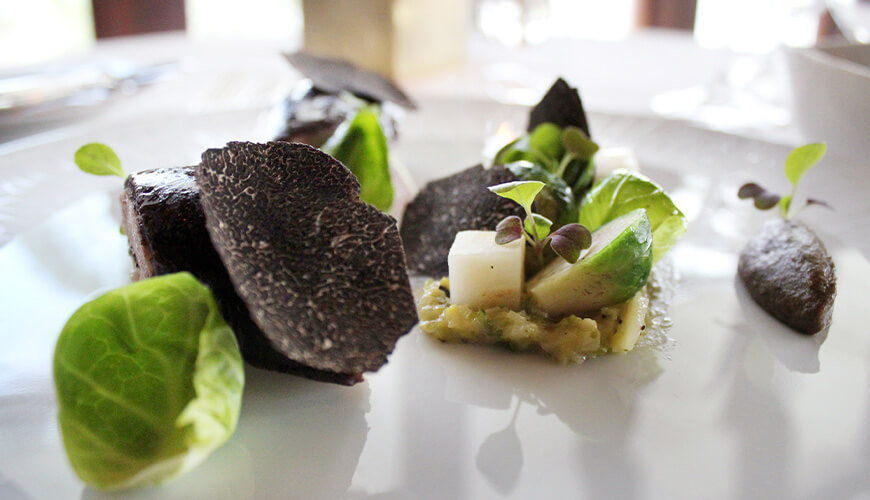 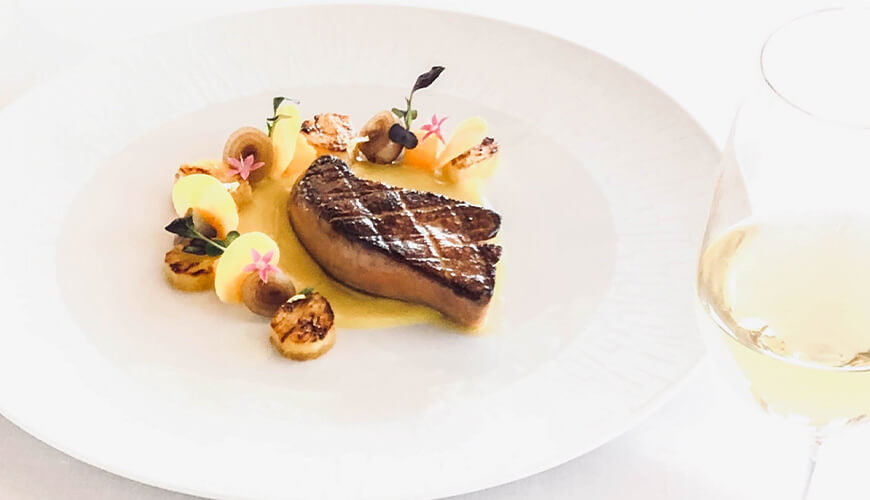 Alexandre Trancher, Chef de Cuisine of Hawaii’s only AAA Five Diamond and Forbes 5 Star restaurant La Mer, is responsible for the continued success and influence of the French culinary program at Halekulani.

Trancher began his career in France, with an extensive background in Michelin starred restaurants located throughout the world including Greece, Paris, and Japan.

Being in Hawaii since 2012, Trancher has incorporated many of the Hawaii traditions into his lifestyle and cooking. “We dined at LaMer to celebrate our 47th anniversary, because our son and daughter in law had spent their honeymoon at Halekulani and had said it was the most elegant dining they had ever experienced. They were so right! The ambience, service and meal was the best ever and I cant rate it high enough!”

Please feel free to use the hashtag #HalekulaniMoment on social media when showcasing your special images. We’d love to hear your stories!

House Without A Key

Discover a true cocktail experience with the French inspired L’Aperitif and our signature combinations of flavors and freshness with our “Haute Couture” cocktails.

The wide selection of items including a carving station, omelet station and dessert station will satisfy even the most discerning of dining patrons.

Gracious service, fine international teas, finger sandwiches, and freshly baked pastries harken back to the early days of the hotel.

A comfortable open-air lounge in our main building with high ceilings, bamboo fans, and soft white curtains, adjacent to the hotel's manicured lawn.